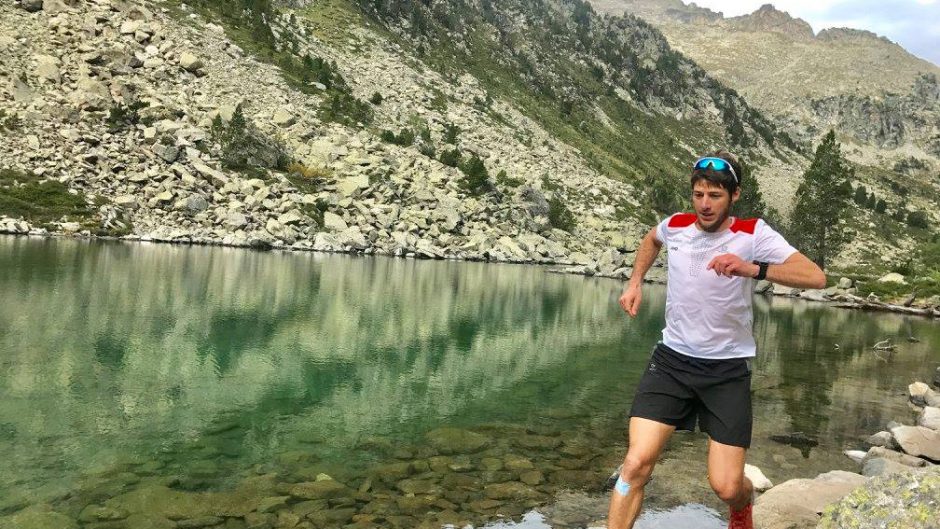 What is Grand Raid Pyrenees?

Grand Raid Pyrenees is a festival of trail running and takes place in the small village of Saint-Lary-Soulan in the French Hautes-Pyrenees. Best known as a ski resort, but revived in summer when 6000 trail athletes arrive for some mountain air. Bars and cafes line the main street, Rue Vincent Mir, which makes it especially hard to run pass. To the west, the Néouvielle National Nature Reserve has high-altitude lakes, granite outcrops and pine forests. Trails lead around the shore of the reserve’s Lac de l’Oule, which is ringed by peaks.

I was ready to quit the day before the race as I had 2 days of severe stomach cramps and diarrhea. I was convinced that this was not “Manflu” as even the wife suggested a raincheck. I was severly dehydrated, weak and had little appetite. I am proud to say that I do not have a DNS* or a DNF* and I did not want to start a bad habbit. My race strategy went from racing to running. My coach (Landie) had a long run scheduled in my training plan and I reckoned it would be easier to participate in the race since I was there as she was also racing. Starting off a 43km mountain run after a pretty rough night was a daunting thought, but after a Nuun hydration, a small breakfast and 2 x Immodiums I was as ready as I could be to give it a go.

We set off with a challenging climb and a slightly faster pace than my normal climbing speed up the French ski-slopes, but I had nothing to lose and did not excpect much either from my body. I was antisipating the bonk, but felt surprisingly strong. I reached the top of the first climb in 10th position but didn’t really bother much about my competition since my focuss shifted to enjoying the run. I praised God for every uphill conquered and every downhill I descended crampfree.

Downhills is my strong point and this is where the game changed. I overtook several runner’s from the Tour (5-day race which started an hour earlier) and hence did not realise when I passed the competitors in the 43km race. At times I found it strange when people gave me splits along the route. When I crossed the finish line it was the first time I realised I worked myself into 2nd position. I finished in 4:26, 8 minutes behind race winner Jaouad Zeroual from Morocco. My average pace of 6:10 is getting closer to my sub 6min goal pace planned for The Otter later this year and I am feeling confident that my small daily habits and sacrifices are paying off.

The course took us for a 1000m ascent straight out of the starting blocks on a mix of road and ski slopes. At 10km a short downhill gave us a quick break before we ascended another 400m to reach the first summit at 2200m. You have to work hard to be rewarded with views only witness by mountain goats, eagles and French cows ☺. We were greeted by valleys of lush green flora and trails contouring above emerald blue lakes. The trail is technical in places but never impossible to run. The highest point of the course was just shy of 2500m above sea-level and had views to die for. One thing certain of most French races is the support along the route, and the GRP had this all covered wih all races passing through easily accesible spectator points. This route and area definitely lends itself to a world-class bucketlist event.

Landie and I travel the world to run at places we’ve never been before. We gave up the security of our salaries, we sold our car to live out of a suitcase. Everytime we run at places we’ve never seen and meet people we’ve never met, we are re-assured that we made the right decision: To follow our dreams and passions. We realise everyday that material things does not bring happiness, but simplicity, health, mobility and most importantly to spend time together. Life depends mainly on our decisions and I am thankful for the ones we made recently.

The highlights of my race:

Once again I appreciated what an event like GRP trail means to runners. Six thousand athletes devoted their lives to train for the various events presented by the world-class organisation and each and every competitor left with a smile and as a better person.

Without the help, support and love of my family, friends and sponsors this would have not ben possible. To my wife Landie Greyling, being a super coach, travel partner and world-class athlete. To Grobler & Gideo Basson for the conveniant apartment accomodation in Broto. To my partners; Garmin, JeepTeamSA, FormFunc & Humanscale, Extreme lights and Activepatch4u for providing me with the best gear to withstand the challenging conditions. Thank you to my nutrition sponsors, Nuun hydration, IamSuperbar and Best4Sports for sustained healthy energy.

I am blessed and humbled to be able to run, for health and the opportunity celebrate life with my lovely wife Landie Greyling in this amazing Creation.